Read about Astronaut Ellen Ochoa, Congresswoman Ileana Ros-Lehtinen, US Supreme Court Justice Sonia Sotomayor, and 7 other inspiring Latinas in the United States.  This is part of a series of articles by Google about Latino Cultures in the U.S.

As an example, here’s what they write about Justice Sotomayor…. 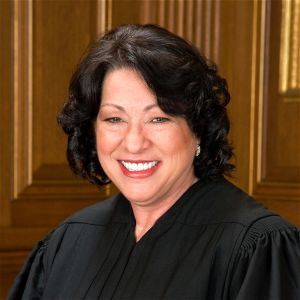 “There are uses to adversity, and they don’t reveal themselves until tested”, says Sonia Sotomayor, “whether it’s serious illness, financial hardship, or the simple constraint of parents who speak limited English, difficulty can tap unexpected strengths.” Supreme Court Justice Sonia Sotomayor is herself testament to these words. Raised in a single parent household in the Bronx, Sotomayor went on to graduate summa cum laude from Princeton, go to Yale Law School, and from there become, first a U.S. District Court Judge, and then a Supreme Court Justice. Indeed, Sotomayor became the first Latina Supreme Court Justice in U.S. history. During her time in the Supreme Court, Sotomayor has worked tirelessly to be a voice for women and ethnic minorities in criminal justice reform.

You can read more about the life of Justice Sotomayor on Biography.com