Quizlet Flashcards are a great way to learn new English words.  There are many flashcard sets that let you study English words – translated from your native language.  Here’s a large set of flashcards (more than 1000!) with English and Portuguese:

If viewing on your phone, it may be better to use the free Quizlet App (Apple, Android).

You can find more of these – for any language – on Quizlet.com, or in the App, by searching for “Vocabulary English Chinese”  (or whatever your native language is).

Is it FEB-ROO-ARY?  or FEB-YOU-ARY?   Both are acceptable, but it is more common to hear someone say FEB-YOU-ARY

Here you can listen to a variety of people pronounce “February” on YouGlish.

And here’s a YouTube video about the different pronunciations…

If you have kids out of school this week, or just have extra time for yourself, here are some places to go – to see more of Boston and MetroWest, have some family fun, and practice your English:

Until the middle of the 1970s, February 22, the birthday of George Washington who was the first president of the United States, was a national holiday.  Also, February 12,  the birthday of Abraham Lincoln, the president during the Civil War, was a holiday in most states.  In the 1970s, Congress declared a single holiday, to be called Presidents’ Day, would be observed on the third Monday in February (Monday February 17th this year) to honor all past presidents.

Here’s a video rap to help you remember their names.

Town/City Hall and other government offices and courts: Closed

Retail stores: Most are open

If you “think out loud“, you speak what you are thinking.  If you sing out loud, you will improve your pronunciation. 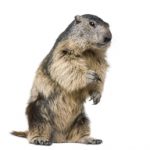 February 2nd is a small, fun/silly holiday called Groundhog Day.  You may see it mentioned on the news – especially during the weather report.  According to legend: